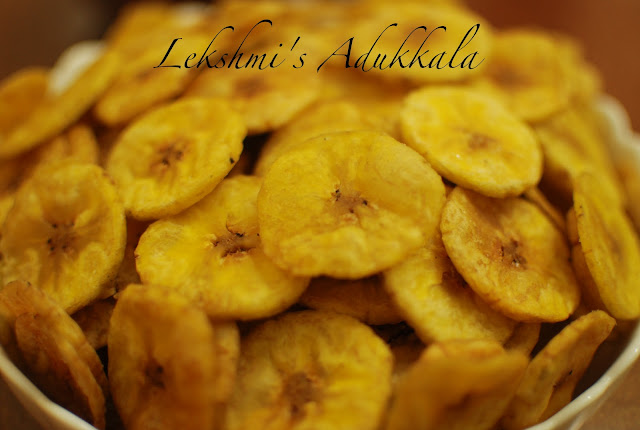 Banana chips is a popular Snack in Kerala and known as 'upperi' .
For Upperi Banana roundly sliced and fried in coconut oil.These chips are crispy and tasty.